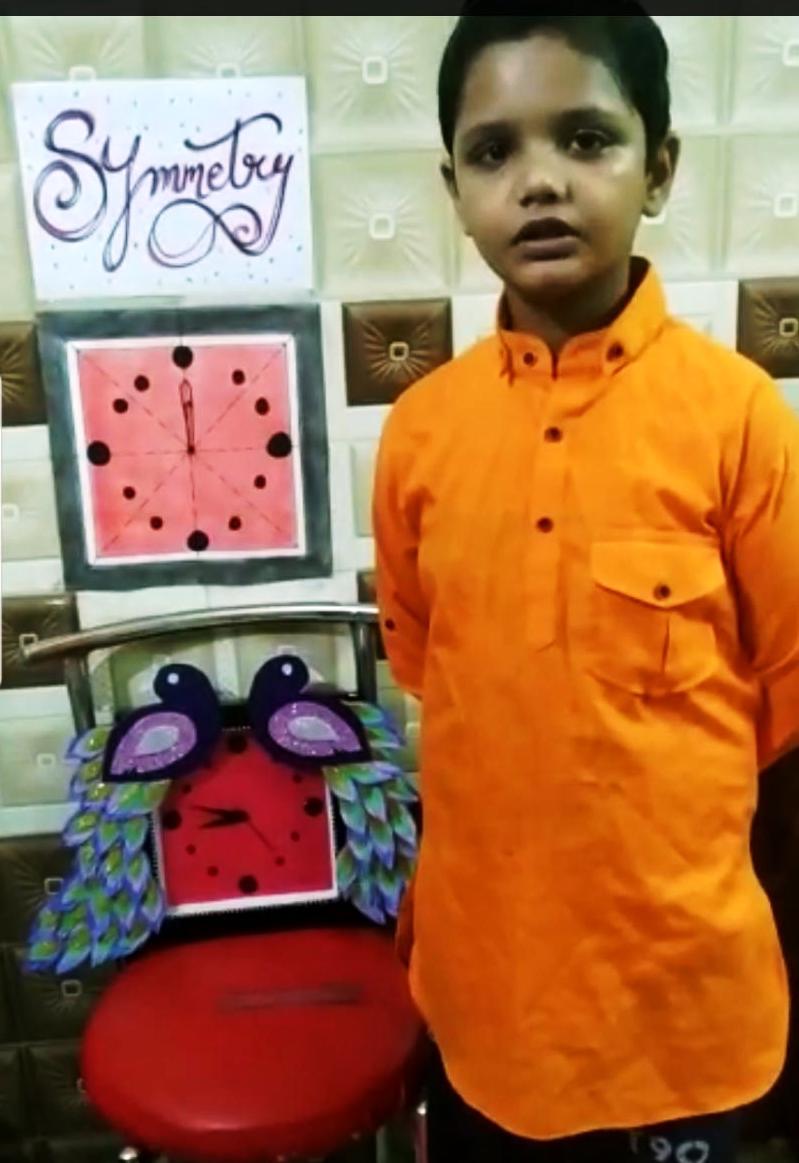 Modern Era convent always believes in bringing out the best in the children . The school organised an online inter class competition ‘INTELLECTION ‘for classes VI to VIII . The competition was to hone the intrinsic and latent abilities in pupils and help them demonstrate their inherent talents during this phase of pandemic .The competition was divided into three categories where the  participation of whole class was mandatory . The contest commenced with the activity best out of waste ‘Symmetry’ for grade VI students . The motto reduce , reuse and recycle was once again reiterated through this activity ,where students presented  amazing models made from waste material and explained the concept depicted in it , confidently .  The students of grade VII participated in the activity named ‘Reminiscence ‘ in which students presented biographies of famous personalities as autobiography. They were dressed in appropriate costumes and were looking adorable . The objective of the competition was met as the students learnt about many significant national leaders and their achievements. It also helped to build their English conversational skills.

Another event was  ‘ Little Boffin’  for the budding scientists of grade  VIII where they demonstrated variety of experiments highlighting science in daily life . Science is all about exploration and discovery and this activity served the purpose.  Students left everyone awestruck as they presented their talent so immaculately and effortlessly .They were appreciated for their efforts and performance. The result was declared during a live online session . All the winners were awarded with E- certificates. Overall, it was heart- warming to see amazing performances, which indeed was a result of practice.

MEC organized LUMINAIRE an Inter-school Competition on the virtual platform.